The responsive visibility bundle will give you the ability to control a page's content based on the device your visitors are using to view the page. When placing blocks on a page, the best region to place them in for desktop displays and mobile displays is not always the same. For instance, having a lead generation form at the top of the sidebar is great for a desktop display, but ends up at the bottom of the page on a mobile display. 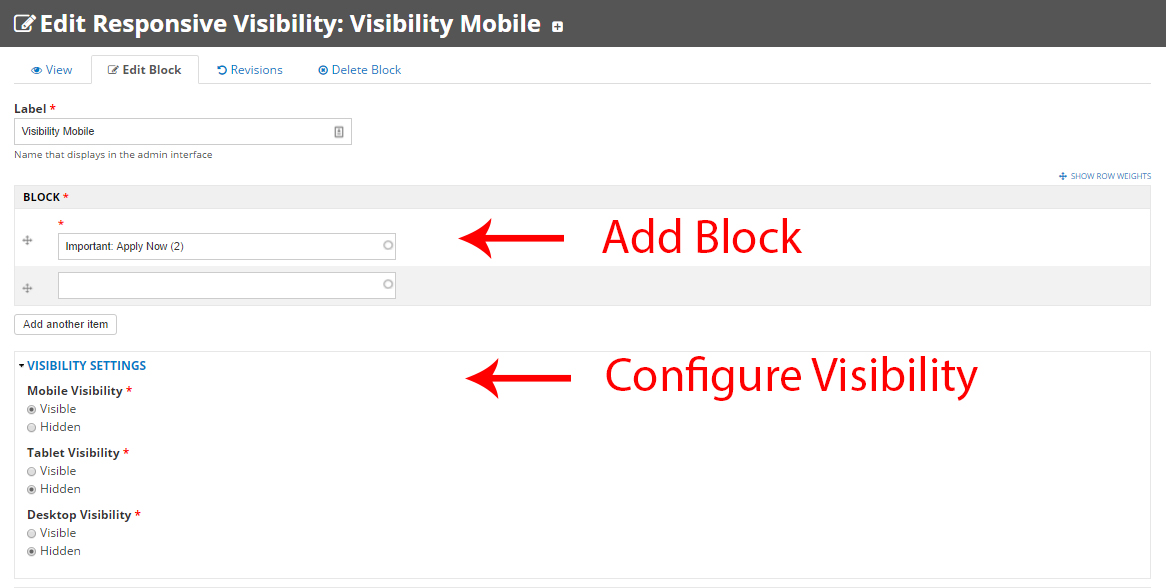 In the second Responsive Visibility block, create the opposite configuration from the first block (created in Step 2). 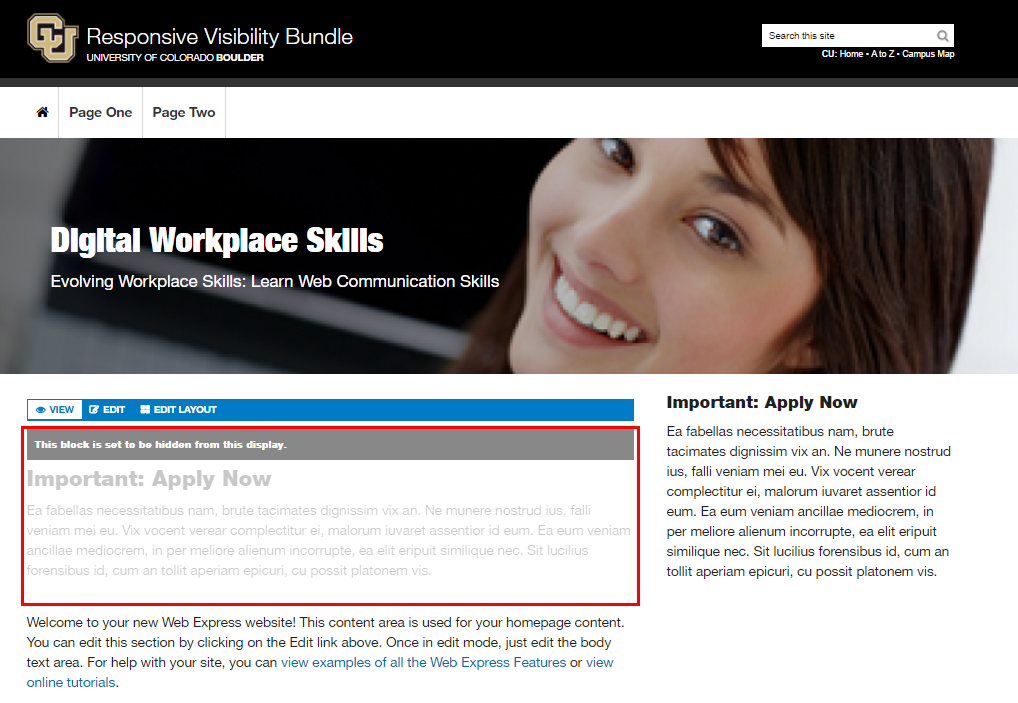